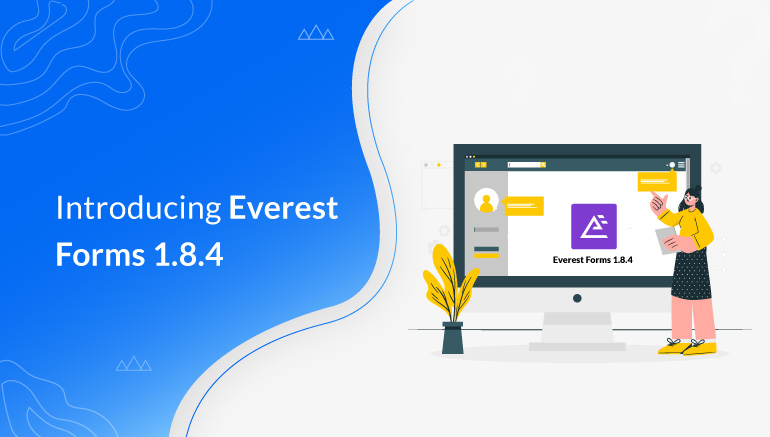 The Everest Forms new version, i.e., 1.8.4, is sure to take your form-building experience to the next level. Thanks to the 8 new features packaged into this new version of your favorite contact form builder plugin.

If you missed the news, don’t worry! In this article, we’ll walk you through all the new features introduced in Everest Forms 1.8.4.

Everest Forms 1.8.4 offers major updates for both free users and premium users alike. There are new features added to the free version, pro version, and its add-ons as well.

Now, to help you understand what these features do for your WordPress forms, let’s discuss each of them below.

You can now take full advantage of hCaptcha, reCaptcha Threshold, AMP Compatibility, Four Columns Form Layout, and Send Test Email features with Everest Forms 1.8.4. All you need is the free Everest Forms plugin installed and activated on your WordPress site.

In simple words, hCaptcha is a popular reCaptcha alternative that provides anti-spam protection by telling humans and bots apart through advanced machine learning.

You might be wondering, why to use Everest Forms hCaptcha at all when you already have reCaptcha. Sure, both hCaptcha and reCaptcha are pretty similar.

But with hCaptcha, you can protect the privacy of the visitors who solve Captchas on your forms. That’s because hCaptcha doesn’t sell user data to third parties at all. This, in turn, makes your WordPress forms compliant with General Data Protection Regulations (GDPR).

So, you now have the option to enable reCaptcha v2, reCaptcha v3, and hCaptcha for WordPress forms you make using Everest Forms.

With the Everest Forms new version, you have the power to decide how strong you want your reCaptcha to be.

This feature is available for reCaptcha v3. So, once you enable reCaptcha v3 from Everest Forms >> Settings >> reCaptcha, a new option called Threshold Score will appear on the page.

The default score is 0.4, meaning if the user gets 4 out of 10 images right in the reCaptcha, they’ll be able to fill and submit the form. If you want the reCaptcha to be stronger, you can increase the score as needed.

The system tells apart the bots from humans based on how low or high they score. The lower the score, the more likely they are to be bots. Thus, if the user can’t get the threshold score while solving the reCaptcha on your form, they’ll be marked as a bot and blocked from submitting the form.

If the user manages to hit the threshold score or higher than it, they can submit the form without any problems.

In short, Everest Forms 1.8.4 makes sure your WordPress forms and website are safe from spammers at all times.

Considering the significant shift from desktops to mobiles, it’s no surprise you’d want to provide a good user experience for users who access your site through mobile devices.

This is where Google Accelerated Mobile Pages (AMP) plugin comes in handy. Once you install and activate it on your site, you can easily enhance the performance of your website on mobile devices.

However, if you’ve tried using the AMP plugin with Everest Forms before, you might have run into some obvious problems. AMP blocks the Javascript on any form not compatible with it so as to help speed up your website.

It was the same case with forms built with Everest Forms. This rendered users unable to submit the forms on your website.

However, you’ll be happy to know that the new update makes Everest Forms fully compatible with the AMP plugin. You can now run both these plugins side by side without causing any conflict.

So, even if you have AMP active on your site, users will be able to submit your forms without any issues.

When you hover over the row you want to edit, you’ll see the four columns option. Click the Edit icon, and you can choose between a single column, two columns, three columns, and four columns. Then, drag and drop any form field you need into the respective columns.

So with this newly added feature to the drag and drop form builder, you can enjoy an even better form-making experience.

It’s a constant worry for site owners, whether the emails are reaching their designated recipients or not. Things can go wrong, and important information gets lost along with the emails.

That’s why the Everest Forms WordPress form plugin has introduced the Send Test Email in its free version. You can now check whether the emails sent through your WordPress forms are delivered without errors.

To try this feature out, open Settings >> Email on your Everest Forms tab. Provide the email you want to send the test email to and click Send Test Email. The email functionality is correctly working if you receive the WordPress test mail on the email address you’ve provided.

Thus, you can send and receive important emails without any worries.

Two more exciting features are available in the premium version of Everest Forms. You can access them once you buy any of the 4 premium plans available in this plugin.

Besides reCaptcha, whitelisting domains is another way of protecting your site from spam.

The Everest Forms whitelist domain feature lets you whitelist only specific email domains for the Email field. Only users who enter email addresses with the allowed domains into the Email field will be able to submit the form.

It works the other way around too. You can blacklist or block a specific email domain in your WordPress forms. If a user enters an email address with a restricted domain into the Email field in your form, they can’t submit the form.

You can apply this feature to the Email field from the form builder. Just click on the field, and it’ll open its Field Options on the left. As you scroll down the Advanced Options, you’ll find the Whitelisted Domains section.

Here, choose whether you want to set Allowed Domains or Denied Domains and list all the domains in the field under the dropdown.

Let’s say you set the allowed domain as gmail.com. Now, only users with gmail.com email addresses can submit the forms on your site.

Likewise, if you set the denied domain as gmail.com, only users with said email domain are unable to submit the form.

When your website gets tons of form responses, it can be hard to search for a specific entry in the massive pool of form entries.

The best tool to overcome this obstacle is Entries Sorting, available to you in Everest Forms Pro. It enables you to sort all the entries available based on the Name of the users, their Email, Subject of the form, and Date Created.

For instance, you can sort the entries based on the date they were created by clicking on the column title, i.e., Date Created. In turn, the entries will be sorted in ascending or descending order. You can easily manage and analyze the entries once they’re organized this way.

One more feature we can’t miss in this major Everest Forms update is enabling the forgot password option. You can apply this feature to your forms only through the User Registration add-on.

It’s pretty common for users to lose or forget the password they used while registering on your site. In such cases, you must provide a way for them to recover their account by setting a new password.

The admins can do this easily from the dashboard. But this method is just not feasible when you have hundreds and thousands of registered users. Hence, it’s better to just let them recover their lost password through the front-end.

Thus, the Everest Forms new version lets you enable the forgot password option from Everest Forms >> Settings >> General. Once you turn on this option, a ‘Forgot Password?’ link will be displayed on the login form.

The first 5 features are available in the free version while you’ll get Whitelist Domain and Entries Sorting in Everest Forms Pro. Similarly, Lost Password is only available in the User Registration add-on.

There’s so much more to Everest Forms than what we’ve discussed here.

You can go through the Everest Forms Documentation page for complete information on this incredible beginner-friendly plugin.

We also recommend you check out our blog, that’s full of helpful guides and tutorials on Everest Forms. 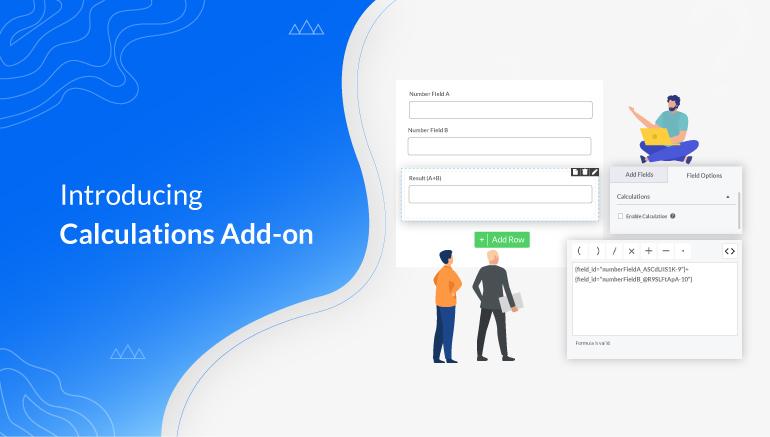 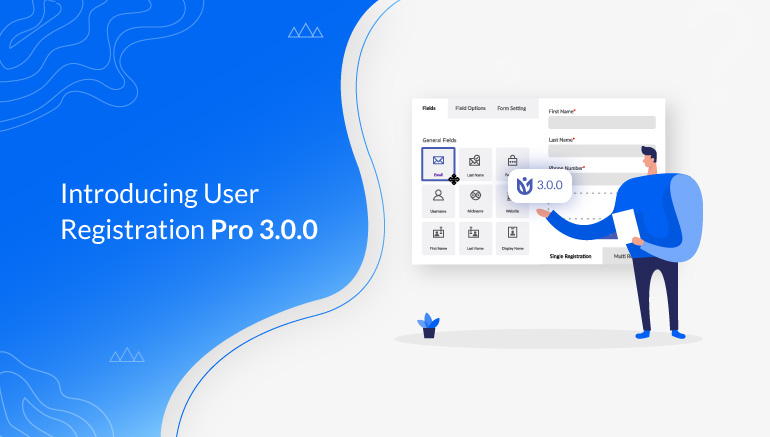